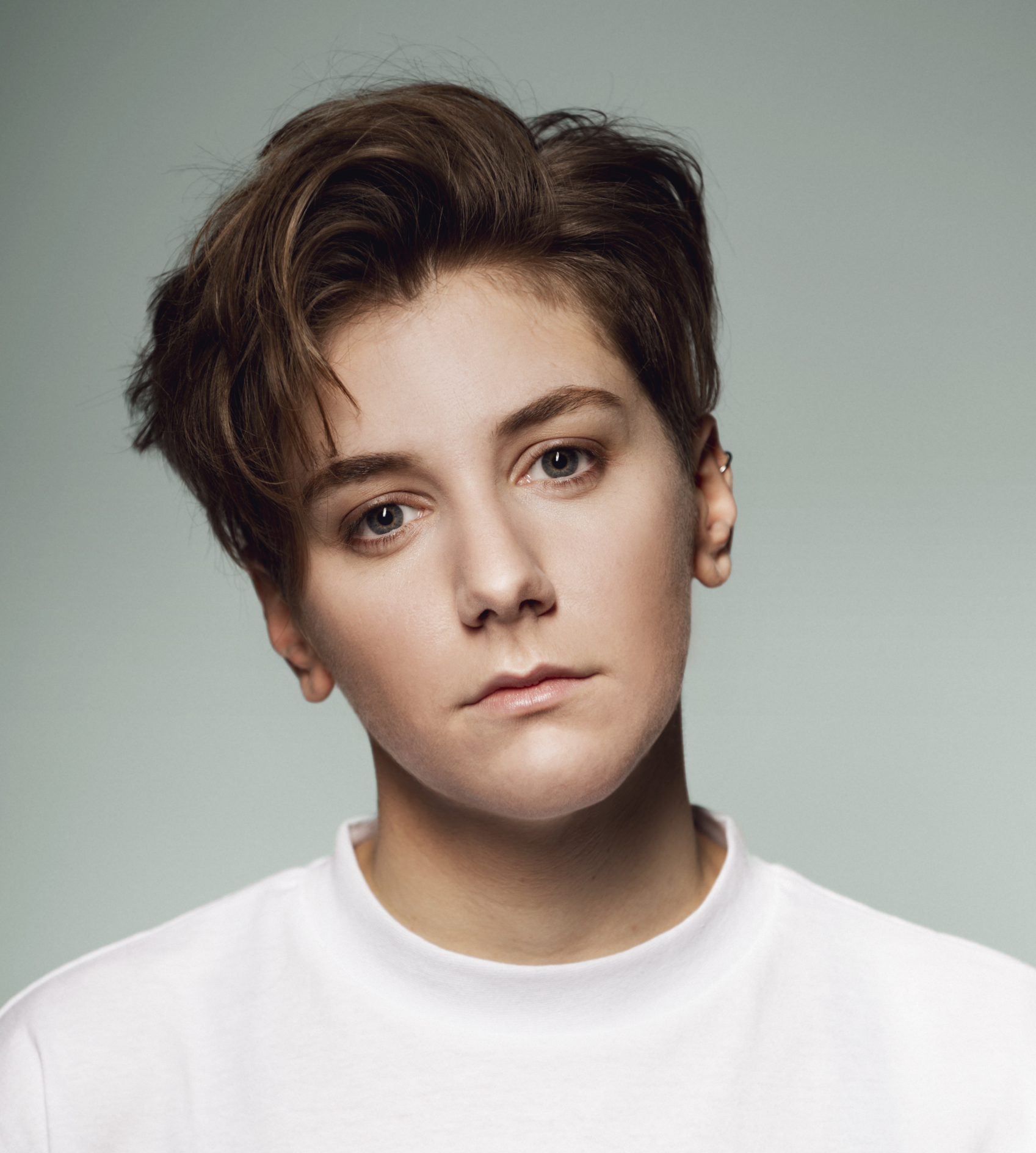 Sarah Keyworth is an award-winning stand-up comedian and writer.

Since first performing stand-up at university, Sarah has fast become one of UK comedy’s brightest new talents. Having already been a Funny Women runner-up, 2018 saw Sarah take her debut hour, Dark Horse, to the Edinburgh Fringe Festival. A thoughtful and hilarious meditation on gender, girlhood and the challenges of growing up different, the show was a huge critical hit, receiving four and five star reviews from The Herald, Telegraph, Scotsman and many more. The show also received a Herald Angel Award, a Pleasance Theatre Award and a nomination for Best Newcomer in the Edinburgh Comedy Awards.

After her run, Sarah took Dark Horse on tour around the UK (including a sold-out run at Soho Theatre) and then to Australia, where she was invited to perform the show at the Melbourne International Comedy Festival, again to widespread critical acclaim. While in Australia, she also performed stand-up on ABC as part of the prestigious Melbourne Comedy Festival Opening Night Gala. In 2021 Sarah reprised Dark Horse for a special recording for Amazon Prime Video and Soho Theatre, which is now available on the platform.

Her second Edinburgh show, Pacific, was also a huge hit with audiences and critics alike, selling out its entire run and receiving 4 star reviews from The Times, The Scotsman, The Herald and many more. Sarah took the show on tour in 2020, selling out dates around the UK.

Sarah’s broadcasting career is also firmly on the up. She has appeared on BBC2’s Mock The Week, Comedy Central UK’s Roast Battle, ITV2’S Stand Up Sketch Show, performed stand-up on BBC Radio 4 institution The Now Show, and has a number of her own TV and audio ideas in development with a range of production companies and broadcasters. 2020 also saw Sarah host hit BBC Radio 4 podcast You’ll Do with Catherine Bohart.

The most hilarious visual images
The Scotsman ★★★★

Her humour is razor sharp
The Skinny ★★★★

@FernBrady This is the most wonderful thing I’ve ever seen.

We are absolutely HYPED for @LarryDeanComedy's appearance hosting Live At The Apollo tonight. We were in the room and it absolutely banged. 10pm on @BBCTwo alongside the very funny @harrietkemsley and @SLIMcomedian pic.twitter.com/NYXDKDgWYX

We're All4 O'Doherty and this beautiful, brilliant show 🔥🔥🔥🔥 twitter.com/phlaimeaux/sta…