‘A comedy hero for our times’
Guardian

Jimmy Carr is an award-winning comedian, writer and television host.

One of the biggest-selling comedy acts in the world, Jimmy consistently does stand-up to sell-out crowds across the globe, performing his shows at venues in over forty countries. His last tour, Best Of Ultimate Gold Greatest Hits, sold over 480,000 tickets globally with current show, Terribly Funny, set to exceed that figure by the end of 2022.

Jimmy is a household name in UK television, well known for hosting Channel 4’s 8 Out Of 10 Cats, 8 Out Of 10 Cats Does Countdown and Big Fat Quiz Of The Year in addition to presenting Comedy Central’s Roast Battle UK and Your Face Or Mine. He is a regular on all the top panel shows, including QI and A League Of Their Own, has performed as part of The Royal Variety Performance three times, is a judge on hit BBC1 entertainment series I Can See Your Voice and the host of brand-new Channel 4 gameshow I Literally Just Told You.

Jimmy is also a high-profile name in North America. He was the first UK comedian to sign a stand-up deal with streaming behemoth Netflix in 2015, releasing two specials on the platform, Funny Business (2016) and Best Of Ultimate Gold Greatest Hits (2017). He also presented and exec-produced an original panel show format for Netflix, The Fix, and has been a guest multiple times on US staples such The Tonight Show, The Late, Late Show and Late Night With Conan O’Brien. He has performed at the Montreal Just For Laughs Comedy Festival since 2003 with more appearances than any other UK act in that time.

Before making the move to streaming, Jimmy was one of the bestselling acts in the comedy DVD market, his eight titles (Live, Stand-Up, Comedian, In Concert, Telling Jokes, Making People Laugh, Being Funny and Laughing & Joking) selling over 1.2 million copies between them. These shows are now all available on Jimmy’s YouTube channel, where he has accrued over 634,000 subscribers and 170 million views since launching in 2018.

Jimmy is also a published author.  He co-wrote The Naked Jape: Uncovering the Hidden World of Jokes in 2007 and his highly anticipated memoir Before & Laughter was released in September 2021, making the The Sunday Times Bestsellers list.

A comedy hero for our times.
Guardian

King of the comedy fringe.
Telegraph

Fabulous: Carr is No1 on the Comedy Offenders’ List.
The Times

The brightest British comic hope for a long, long while…the most deliciously transgressive comic…he is not so much pushing the boundaries as sailing in uncharted waters… Superb.
Irish Times

A masterclass in comedy…devastating, tasteless two-liners that are bliss to listen to…Carr’s persona is irresistible and his wisecracks have you quivering with satisfaction.
Guardian

Edinburgh punters and critics disparage comedy acts with the phrase, ‘It’s not quite Jimmy Carr, is it?’ His exquisitely economical and perfectly-timed one-liners have set the new standard.
Daily Telegraph

As sick as he is slick…and he’s very sick indeed.
Independent on Sunday

Jimmy Carr is a world-class comedian…I envy his brilliance with words.
Independent

One of the most polished performers in the business.
The Independent 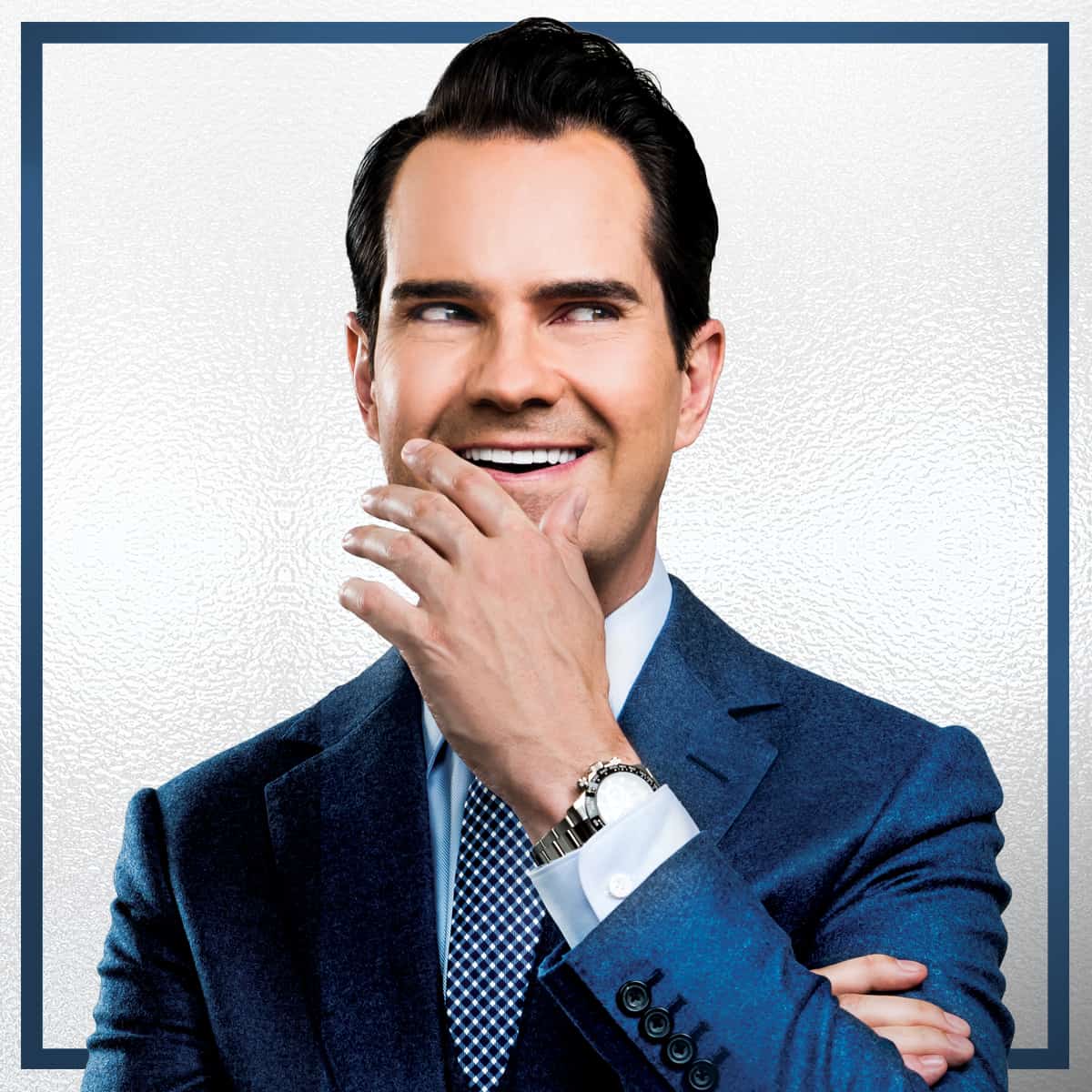 Terrible things that might have affected you or people you know and love.

But they’re just jokes – they are not the terrible things.

Having political correctness at a comedy show is like having health and safety at a rodeo.

Very excited to announce my return to @justforlaughs for the 40th anniversary year with Terribly Funny 2.0 at Salle Wilfrid-Pelletier - PDA on July 27. Tickets available via pre-sale from Thursday (10am ET) with code JFLMT: montreal.hahaha.com/en/shows/… pic.twitter.com/0JJRzEprJe

@djshotty69 Jimmy will be announcing a brand new tour in Australia and New Zealand soon, sign up to his mailing list at jimmycarr.com to hear about it first #TEAMJC