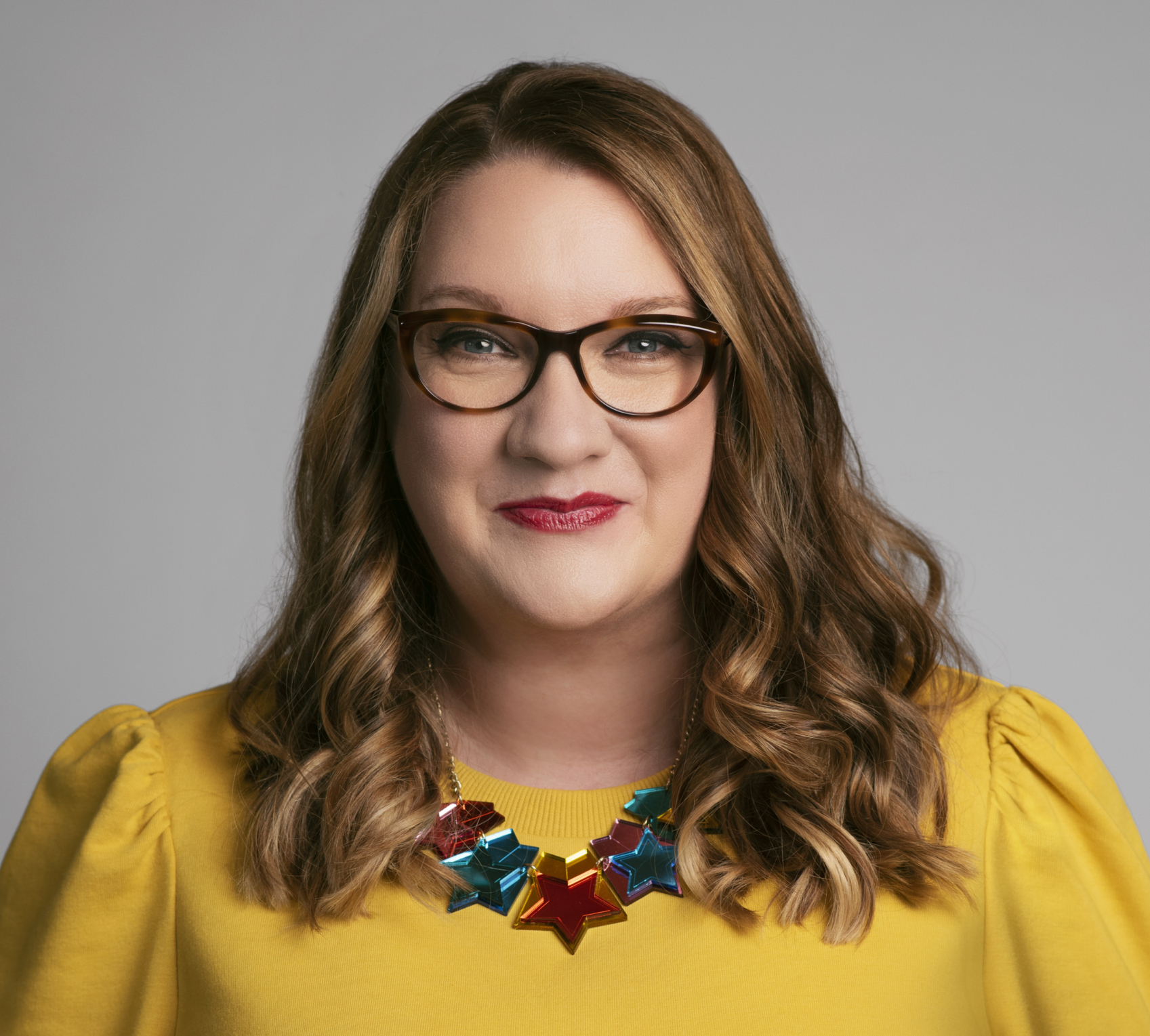 An iron fist in a marigold glove
Guardian

Sarah Millican is an award-winning stand-up comedian and writer.

Since winning the 2008 if.comedy Best Newcomer Award at the Edinburgh Fringe Festival for her debut solo show, Sarah Millican’s Not Nice, Sarah has fast-established herself as a household name, being nominated three times for The British Comedy Awards People’s Choice: Queen of Comedy and winning the award in 2011. In 2013 she was also nominated for the British Comedy Awards Best Female TV Comic for the fourth time, her eighth nomination in total.

On top of this raft of awards and nominations, Sarah‘s debut DVD, Chatterbox Live!, is the biggest selling stand-up DVD by a female comedian of all time, shifting over 150,000 units in the first five weeks of release alone. Sarah’s second DVD, Thoroughly Modern Millican Live, was released in November 2012 and was one of the biggest selling stand-up comedy DVD’s of 2012, entering the live comedy DVD top 10 chart on its first day of release while her third DVD, Sarah Millican: Homebird, was also a bestseller. Sarah Millican: Outsider was released in November 2016 and went straight to number one in the sales chart upon release and Sarah Millican: Control Enthusiast hit the charts in 2018.

Sarah is a regular on top comedy TV shows including QI, Mock the Week, Have I Got News For You, 8 Out of 10 Cats, Big Fat Quiz, Live at the Apollo, The Jonathan Ross Show and as a headliner on Michael McIntyre’s Comedy Roadshow. Sarah’s very own series, The Sarah Millican Television Programme, combined TV-inspired stand-up and unique interviews with some of her favourite TV stars. It aired on BBC2 in March and April 2012. A second series, (which followed a Christmas Special in December 2012) broadcast January 2013 and notched up an incredible 2.4 million viewers for its first episode, with a third series broadcast in the Autumn of 2013. Sarah earned two BAFTA nominations for the series for Best Entertainment Performance. In December 2010, Sarah appeared at The Royal Variety Performance performing stand-up to Princes Charles and the Duchess of Cornwall at the Palladium Theatre. She made her second appearance at the legendary variety show in November 2014.

Sarah has also written and performed two series of Sarah Millican’s Support Group for Radio 4 and in June 2012 Sarah began writing her own column for national magazine the Radio Times. In 2014 Sarah started Standard Issue, an online magazine for women. 2017 saw the publication of Sarah’s debut book How To Be Champion (Orion). The ‘part autobiography, part self-help book’ shot straight to the top of the literary charts, becoming a Sunday Times Number One Bestseller.

After two critically acclaimed, sell-out Edinburgh Fringe runs in 2008/9, Sarah returned to Edinburgh in 2010 with Chatterbox. An unqualified success, Sarah capped the sell-out run with a nomination for the Foster’s Edinburgh Comedy Award, affirming her status as one of the most exciting comics in the country. Sarah embarked on her first national tour with Chatterbox, which completely sold out, and in March 2011 announced her second tour, Thoroughly Modern Millican, which sold over 190,000 tickets including an unprecedented 13 sold out nights at the Newcastle Tyne Theatre. 2014 and 2016 saw Sarah take two more sold-out tours on the road, Home Bird and Outsider. Sarah’s fifth tour, Control Enthusiast, also sold out its performances across the UK and Ireland in 2019, before heading out internationally in 2019.

The comic laureate of unglamorous-but-glorious womanhood.
The Guardian

This is why she is one of the most successful comedians in the country.
The Times

Undisputed queen of stand-up.
The Mail On Sunday

Probably the finest female comedian working at the moment.
Time Out

Her laughter rate is exceptional.
The Scotsman

This woman will go far.
Times

One of the hottest new things in Stand up.
The Herald

A distinctive blend of northern charm and utter filth.
The Observer

A natural storyteller, with charm by the family-sized trolley load.
The List

An outstanding hour from one of the best comedians in the country.
Edinburgh Festivals Magazine

She’s on the brink of comedy superstardom and rightly so.★★★★★
Sunday Express

Such is her skill at joke-telling that she can find the funny in even the most mundane of subjects. ★★★★★
Sunday Telegraph

An hour of stand-up that flies by, fluent and feisty, polished and professional. ★★★★★
The Herald

Sarah Millican’s performance is one of the most consistent and accomplished I have ever seen at the fringe. ★★★★
The Independent

Entirely in charge of her craft…she laces everything with a generous amount of gags. ★★★★
The Times

Lewd and lovely stuff. ★★★★
The Telegraph

The most gifted female comedian of her generation. Her show is jam packed with gag after gag. Adorable, filthy and fab. ★★★★
Time Out

Assured writing with its perfectly-expressed thoughts and ideas gelling into piquant jokes. ★★★★
Chortle

She’s a great joke-teller, topping off her tales of a divorcee and daughter’s life with bulletproof laugh-lines.
The Guardian

An outstanding hour from one of the best comedians in the country.
The Scotsman

Very good at being naughty.
Telegraph

Enormously funny…before you know where you are you are doubling up with great gusts of laughter. ★★★★
Scotsman

Ice-pick wit…this girl is anything but ordinary, and we are all the better for that. ★★★★
Metro

She can make a room rock with laughter.
Guardian

On the 2008 If. Comedy Best Newcomer Award winning show Sarah Millican’s Not Nice

It requires exceptional skill to be a cruel yet likeable comedian and Sarah Millican nails the contradiction beautifully with a wonderfully assured Fringe debut. ★★★★
The Scotsman

A mercilessly unsentimental wit…her set is as neatly constructed as her individual, triple-punchline jokes.
The Daily Telegraph

It’s credit to Millican’s talent that her man-baiting isn’t man-alienating; the blokes in the audience howl as loudly as the women.

There isn’t a spare second in this gag-packed, deliciously dark show.

One of the hottest prospects on the UK circuit. ★★★★★
Metro

British comedy needs a new female star and might just have got one. ★★★★
The Herald

She surely has one of the highest gags-per-minute counts on the Fringe, with punchlines arriving every few beats with unwavering punctuality….Laughs come thick and fast.

Millican has a frank, self-effacing manner and an obtuse approach to writing that avoids clichés and refreshes the genre.

Millican’s gift is in her gentle, unthreatening delivery and the way she engages with the audience.

This is a fully crafted first show and a real delight.
The Observer

The jokes feel fresh and ring true. And there are plenty of them.
The Guardian

Sarah Millican is one of the most talented newcomers I have seen in many years.

Excellent comedy from a performer with a great future. ★★★★
Sunday Times

Effortless and very clever. ★★★★
The Mirror

Fabulous comedy…It’s clear she has a long and very successful career ahead of her.

The hour flew by… very funny ★★★★
The Age, Melbourne

On the Secret Policeman’s Ball for Amnesty International

Geordie Sarah Millican jumped into the big league with a dazzling set.
Times

Sarah Millican was the epitome of cool on this night… she loaded the short set with an enviable number of rock solid punchlines.
Chortle 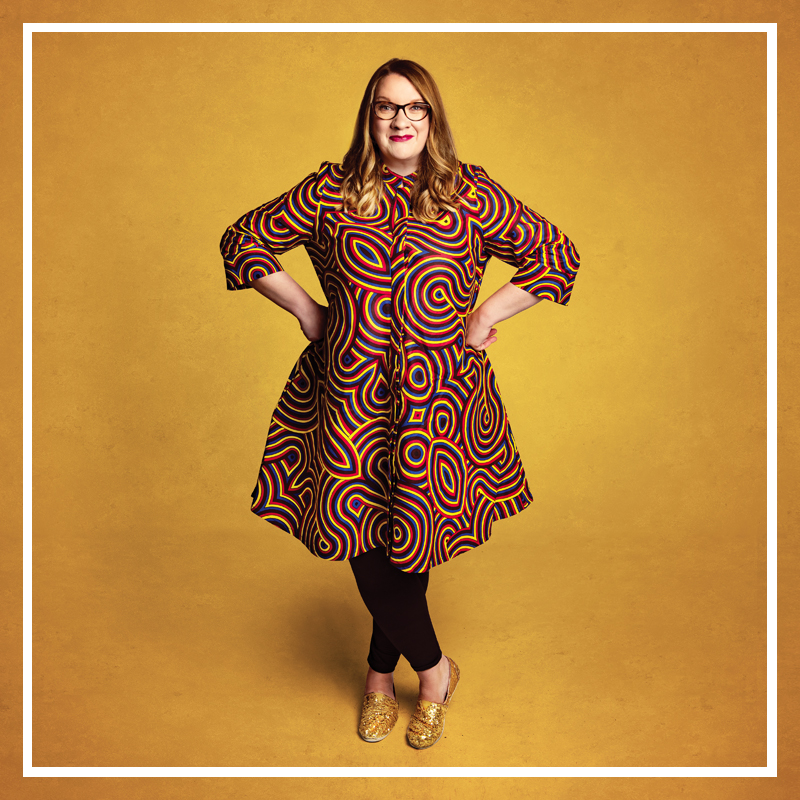 The hilarious Sarah Millican is back on tour with a Bobby Dazzler of a new stand-up show.

In this, her sixth international tour, you’ll learn about what happens when your mouth seals shut, how to throw poo over a wall, trying to lose weight but only losing the tip of your finger, a surprisingly funny smear test, and how truly awful a floatation tank can actually be.

Sarah has spent the last year writing jokes and growing her backside. She can’t wait to get back on the road and make you laugh.

@TigersMatt They have done since 2009. Please don’t worry.

Australia and New Zealand! If you have the pre-sale link from my newsletter, you can use it to buy tickets for the extra shows today. ❤️