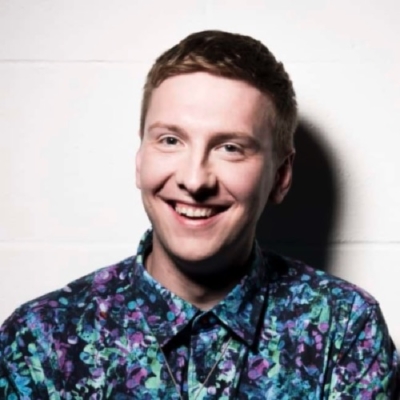 Joe Lycett is an award-winning comedian, writer and television host.

One of the best-loved performers in the UK, Joe is a stand-up star. An Edinburgh Comedy Award Best Newcomer nominee and a Chortle Award winner, Joe’s profile has risen rapidly since making his stage debut at the Manchester Comedy Store in 2008.

Joe made his television debut on The Royal Variety Performance, in 2016, at London’s Hammersmith Apollo. Joe has since become a TV regular, performing stand-up on ITV’s Sunday Night At The Palladium and BBC1’s Live At The Apollo and Michael McIntyre’s Big Show, plus starring on panel shows such as Channel 4’s 8 Out Of 10 Cats Does Countdown, BBC2’s QI and ITV2’s Celebrity Juice. Joe has also hosted BBC1’s Comic Relief show and appeared a contestant on series 4 of Dave’s Taskmaster.

Joe performed his hotly-anticipated debut hour Some Lycett Hot at the 2012 Edinburgh Fringe Festival. The show was a huge hit with critics and audiences alike, selling out its entire run and securing Joe a Foster’s Comedy Award Best Newcomer nomination.

Joe has since returned to the Fringe with his 2013 hit, If Joe Lycett Then You Should’ve Put A Ring On It, and the critically acclaimed That’s The Way, A-Ha, A-Ha, Joe Lycett in 2015. Both shows enjoyed sold out runs and rave-reviews, with the 2015 Fringe culminating in a packed-out show at the 750-seater Pleasance Grand. Joe toured the show in 2016, winning the Chortle Award for Best Show and eventually releasing it on DVD. Joe has also performed internationally at the Melbourne International Comedy Festival and Montreal Just For Laughs Comedy Festival.

Joe hit the road with his biggest tour to date in 2018, with his latest show I’m About To Lose Control and I Think Joe Lycett. The tour of the UK and Ireland was a huge success, with over 90 dates performed, and Joe took the show to packed-out rooms in Australia in 2019. The show has also been released on DVD.

In 2019, Joe became the new host of BBC2’s The Great British Sewing Bee and Joe’s comedy consumer affairs show, Joe Lycett’s Got Your Back, aired first on Channel 4 to critical acclaim. The third series of Got Your Back aired which sees Joe Lycett vs Beckham as he took on the famous footballer over his endorsement of the World Cup in Qatar, grabbing front page headlines in the UK . Joe has also been confirmed as the new host of Channel 4’s long-running travel documentary series, Travel Man.

Joe made his first foray into the literary arena with Parsnips: Buttered, a self-help book designed to teach you how to “baffle, bamboozle and boycott your way through modern life”, released in October 2016.

The excellent routines are greatly enriched by Lycett’s manner: playful, laidback, more like on of us, it feels, than the attention-seeking neurotics you might encounter elsewhere.
The Guardian

What a joy it is to spend an hour with Joe Lycett… Lycett is affable when the tackles the big topics as he is when he deconstructs the trivial. Arenas surely wait.
The Independent

If he continues this way, Lycett will become one of mainstream’s biggest names. ★★★★
The Times

If you want to bet on the next mainstream stand-up star put your shirt on Joe Lycett. ★★★★
Evening Standard

He’s cheeky, warm, super-funny and mixes delightful stories and observations. He’s effortlessly funny and an hour in his company is an absolute pleasure.
Time Out

A delightfully natural style that builds a real connection with the audience…an accomplished storyteller.
Chortle

Lycett’s guaranteed to be a huge star.
Time Out

The epitome of affability on stage… he has an excellent way of telling a story.
Chortle

A growing force on the UK stand-up circuit.
The Telegraph

He has the calm, confident air of a comedian twice his vintage. ★★★★
The Independent

Some comedians just make it look so easy, and Joe Lycett is one such example. An hour in his company just goes down like water. Since he made his debut two years ago, he has developed the serene air of a comic completely at ease with himself and his material. ★★★★1/2
Chortle

On 2013 Edinburgh Show Joe Lycett: If Joe Lycett Then You Should’ve Put A Ring On It

An accomplished hour…instant rapport with his audience.
Metro

This show is a roaring success.
Fest

So entertaining…cheerfully silly…it’s a pleasure to be in Lycett’s company.
Chortle

It’s impossible not to be carried off on a wave of goodwill…should leave you grinning with liberal delight.
The List

This may be Joe Lycett’s debut solo year, but his confidence and comic timing would be the envy of the most experienced turn.
The List

His armoury consists of wit, charm, and the enviable ability to elicit laughs through cadence alone.
Chortle

[The Audience is] utterly charmed…Don’t be surprised to see him gracing the Best Newcomer shortlist.
Metro 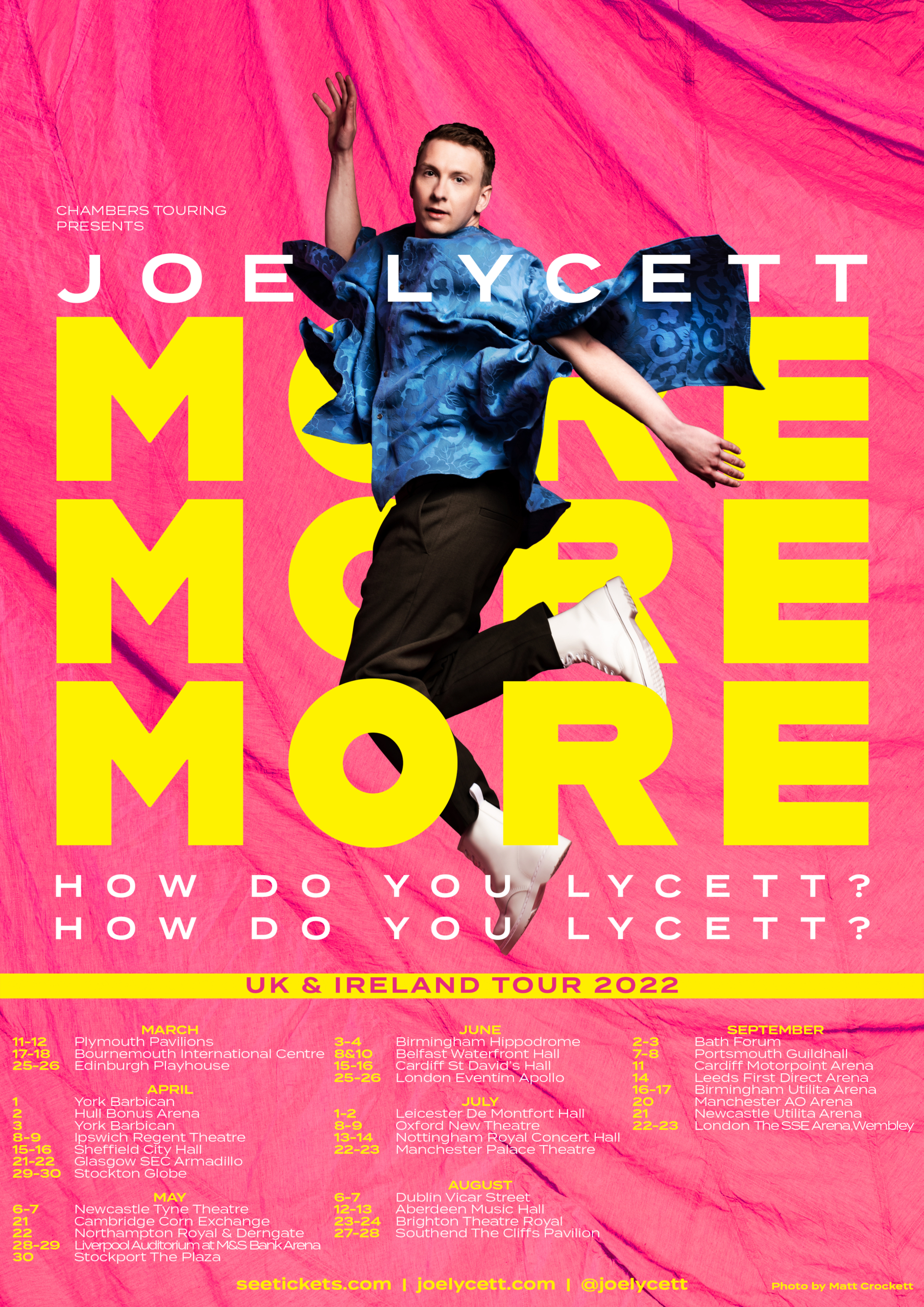 Join Joe Lycett (the artist formerly known as Hugo Boss) doing what he does best: talking at a room of people in a queer and comedic fashion. His first tour in years promises to be packed with MORE jokes, MORE comedy anecdotes and MORE inappropriate and arguably disturbing paintings, all in the hope of answering the age-old question: How do you Lycett? How do you Lycett?

I’ve worked with Bethany over the last 15 years and she’s excellent x twitter.com/BeffernieBlack…