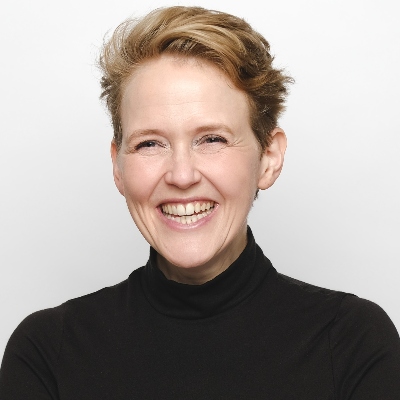 ‘A comic genius’
The Telegraph

A core member of the Olivier award-winning, critically acclaimed Showstopper! The Improvised Musical, Pippa has toured the UK and internationally, plus enjoyed West End residencies at the Lyric Theatre and The Other Palace. Pippa also co-hosts The Showstopper! Podcast, interviewing and improvising with West End musical theatre performers and creatives.

Pippa’s debut book, Improv Your Life: An Improviser’s Guide to Embracing Whatever Life Throws At You is ‘a wonderfully witty, charmingly personal guide to the art of improvisation, for the stage and life.’ (Deborah Frances White, The Guilty Feminist) It was published by Hodder Studio in February 2021.

‘A highly talented improviser’ (The Guardian) Pippa also developed and leads the Improv Your Life course, which demonstrates how improvisation can be applied to everyday life. Her improv teaching has been featured in both the The Telegraph and The Guardian. Pippa co-created and performs in two improv groups: The Glenda J Collective and There Will Be Cake, both of which have performed sold out runs at the Edinburgh Fringe Festival and at London’s Soho Theatre.

A regular guest on BBC Radio 4’s comedy shows, Pippa can be heard on 15 Minute Musical, I’m Sorry I Haven’t A Clue and The Now Show. Pippa has also performed her original comedy songs on ITV’s Tonight At The Palladium.

Pippa was the dramaturg on the Savoy Theatre’s recent production of 9 to 5: The Musical, which toured the UK. She was also commissioned to write an original song for The Jack Whitehall Christmas Special, performed by Jack as the show’s finale at the London Palladium.

A talented and versatile actor, Pippa can be seen in the second season of critically acclaimed Channel 4 and Netflix show The End Of The F***ing World. She played the musical Normality’s Narrator in its 2019 debut production at The Other Palace and 2018’s Edinburgh Fringe Festival saw Pippa originate the role of Diana Purdy in comic play Brexit. Pippa reprised this role when the show transferred to London’s The King’s Head Theatre, following a raft of 4 and 5 star reviews and a sold out run.

Pippa created and hosts Parts I’ll Never Play, a live night at The Other Palace in which she interviews guests from the world of musical theatre about their work and casting experiences, ahead of them performing a song by a character they could never be cast as.

As a solo musical comedy performer, Pippa has taken six shows to the Edinburgh Fringe Festival. Alongside securing a nomination for Best Newcomer at the Edinburgh Comedy Awards, her shows have been consistently praised for combining ‘comic talent and musical genius’ (Edinburgh Evening News) and her mastery of ‘the art of crowd work, bringing unsheathed joy to a room’ (The List). Pippa has performed comedy across the world, including at Montreal’s prestigious Just For Laughs festival and the Melbourne International Comedy Festival.

As Part of Showstopper! Ensemble

Pippa Evans is the powerhouse of this offering…She excels in adapting to any singing style demanded and drives the action forward with smart, funny decisions.
Chortle

The great delight is to see such an ingenious and talented team throw everything at a show that must, by its very nature, vanish. Brilliant. ★★★★
Financial Times

A success story that could run and run and never repeat itself. ★★★★
Evening Standard

A slick, well-packaged one-woman variety show – not to ignore the two musicians who back her – of songs, sketches and stories.
Chortle

She is a highly talented improviser.
There’s a wonderfully anarchic feel to this show…mostly due to Evans’s unbridled energy; you’ll be grinning for the rest of the day.
Guardian

Her capacity for accents is astonishing.
The Skinny

You will fall in love with Evans within the first 5 minutes.
Her songs, ranging from an intense cover of Sex Bomb to originals, are not only well performed and extremely catchy but will have you in sustained laughter throughout. Evans’ ability to interact with her audience, come up with lyrics and make them funny is flawless.
Broadway Baby

Force of nature that is disturbed diva Loretta Maine…full of energy…unafraid and unpredictable.
The Stage

A delightful deconstruction of the ludicrousness of the pop world.
Broadway Baby

A fantastic wreck of a human being and a great comedy conception.
Chortle

A highly talented performer with a razor-sharp tongue…Maine is everything Lindsay Lohan wishes she could be.
Ed Fest Mag

Mean, mouthy and magnificent.
The Skinny

The story is entirely believable, the songs are great and the laugh quotient is high in a cracking show.
The Arts Desk

Her musical ability – guitar, banjo and voice especially – is exceptional
She shines through in her confident rapport with the audience and witty ad libs.
Australian Stage

A tight set of wicked lyrical rhymes laced with self loathing.
Metro

A gifted comic actress with a skill for contriving memorably gruesome characters.
Scotsman

YoU DiD NoT ASk PErMIssIOn For MY MatEriAL! YoU BetTer Not DO ThiS For YouR NExT ZedEl ShoW on MaRcH 30tH fOr WhiCh TicKEtS aRe AvaILAblE HerE brasseriezedel.com/live-at-ze… twitter.com/IAmPippaEvans/…