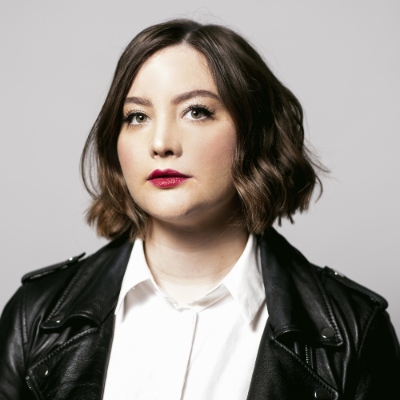 Since making their name in 2008 as a national finalist in the Melbourne International Comedy Festival RAW competition, Davis has returned to MICF eleven times with nine different solo shows, garnering a reputation as one of the most talented and distinctive acts performing at the festival. Davis’ sixth offering, Ghost Machine, won both the Golden Gibbo and the Melbourne Fringe Best Comedy Award in 2015.  Marco Polo, Davis’ 2016 show for MICF and the Adelaide Fringe Festival, won the prestigious Comedy Channel Moosehead Award.

Davis’ Edinburgh Fringe debut was in 2017 with Cake in the Rain and returned 2018 with a reprise of Ghost Machine. Both shows received widespread critical acclaim and secured subsequent runs at London’s Soho Theatre. Summer 2019 saw Davis return to the Fringe with their show, Better Dead than a Coward, which again received critical acclaim. Davis’ new show,  If This Is It, received a nomination for the Most Outstanding Show at the Melbourne International Comedy Festival Awards in 2022, and went to receive further acclaim at Edinburgh Fringe Festival in August, The Scotsman lauded Davis’, “considerable elan, making series points with wonderfully silly flourishes.” and The List praised Davis’ ability to have “the audience firmly in their palm, refusing to hold back.”

Davis was a writer on the seventh and eighth seasons of ABC TV’s Shaun Micallef’s Mad As Hell, Australia’s long-running satirical news and current affairs program, and has also performed stand-up on ABC TV’s Comedy Up Late, MICF Upfront Gala and ABC Comedy Next Gen Special plus the New Zealand Comedy Festival Gala 2020.

Davis has also been a guest on several of the UK’s leading podcasts, including The Adam Buxton Podcast, The Comedian’s Comedian Podcast and The Guilty Feminist.

Sincere depth of feeling growls from her. Yet her dense, joke-packed diatribe is delivered with the knowing, unhinged glint of her apocalyptic woodswoman experience, as if she has nothing to lose while laying almost everything bare. The Scotsman ★★★★ (on Laura Davis: If This Is It)

The laughs are loud and don’t let up…an impressive show, assured to leave an impact felt long after its finale.” The Skinny ★★★★ (on Laura Davis: If This Is It)

She had the audience firmly in her palm, refusing to hold back….Her likeability is unquestionable (it’s clear to see why she has scooped some major comedy awards)” The List (on Laura Davis: If This Is It)

Davis has devised a blistering powerhouse of a show that gives stand up a sense of urgency and significance that it doesn’t always have. Above all else, it is back-breakingly funny, with the award-winning comedian ensuring their audience are laughing maniacally by the time the curtain comes down on a sensational hour of comedy…For a performance of such apparent and gleeful chaos, it has structure and purpose. The gags, stories and quips come thick and fast but never without a point…An achingly funny show that dares you to find value in yourself.” ★★★★★ The Wee Review

This Is It is bold and ambitious – and also very funny…An exciting, urgent and relevant comedian.
Chortle ★★★★ (on Laura Davis: If This Is It)

Every – EVERY – word is vigorously crafted…this is laughter that takes power away from the darkness…Laura Davis is IT and more.
Time Out ★★★★ (on Laura Davis: If This is It)

Decidedly defiant and damn funny. The inimitable Davis might despair, but the good news is she will not be stopped.
The Age ★★★★ (on Laura Davis: If This Is It)

An hour with Laura Davis leaves you feeling uplifted, somewhat bewildered and utterly amazed by such blistering talent.
Time Out ★★★★

An ingeniously constructed shaggy dog story which, for all its playful nonsense, will be best remembered for its unexpected moments of emotional clarity.
Fest Magazine (ref. Better Dead Than A Coward) ★★★★

A lot of laughs from this rising stand-up star.
The List ★★★★

…extraordinary stand-up that squeezes your heart until you feel the blood surging through your body.
The Age ★★★★.5

Impossible not to laugh. Everyone left on a high.
Herald Sun ★★★★★

This is when the real magic begins; Davis flexes her improv muscles and comfortably lets things loosen up before bringing things home with genuine heart. Last year, Davis earned her status as a cult favourite; this year shows why she won’t remain an underground name for much longer.
Time Out ★★★★

The performance itself is an act of defiance…one of the more fascinating shows at the festival.
Chortle.co.uk

This is more than straight stand up. This is a performance. This is an experience. A bloody spectacular one… Davis doesn’t own the stage. She owns the room.
Illegitimate Theatre

@KirstyWebeck Some people don’t have access to a garden to eat worms from, Kirsty. Please consider your privilege here.

@wtb_Michael It looks like it could be a pattern mix of both those big Tawny feathers?